…Says Its Cause Of High Unemployment Among Youth

ADO-EKITI- A University Don, Professor Joshua Ogunwole has called for an urgent review of curriculums in the Nigerian Universities to be in tune with modern realities.

Ogunwole, Vice Chancellor, BOWEN University, Iwo, State of Osun, regretted that the Nigerian system still retains what he described as “primitive template”  which relegate Africa and Africans, bequeathed to it by the Colonial Masters.

Delivering a lecture entitled “Issues and Challenges in University Governance  in Nigeria” at the Ekiti State University (EKSU), Professor Ogunwole linked the menace of youth unemployment to the faulty curriculums in operation which he noted “cannot prepare the students for the challenges of tomorrow’s  workplace.”

Earlier in his remark, the Vice Chancellor of EKSU, Professor Edward Olanipekun described the retiring Professor Kolawole as an uncommon academic giant with huge talents.

According to him, Kolawole’s tenure as Vice Chancellor brought about significant academic excellence and infrastructural development  to the university.

The lecture was organised  by the Faculty of Social Sciences in honour of one of their own and former Vice Chancellor, of University of Ado-Ekiti (UNAD now EKSU) Professor Dipo Kolawole  who was retiring.

“Or how else can one describe a curriculum that taught us in our  early days that the discoverer of River Niger is Mango Park ?As if Mr Park was the one who built his canoe or about himself and paddled through the Niger River and the locals.”

The Professor of Soil Science also advocated an all inclusive process of appointing Vice Chancellors  in the Nigerian Universities.

The university Don also charged government to brace up for the emerging challenges of youths population in Nigeria  who are seeking tertiary education.

The BOWEN VC described as grossly inadequate ,the current number of universities in Nigeria ,calling for increase in the number and expansion  of the existing education  facilities.

Professor Ogunwole underscored the importance of the inputs of Parents, Alumni as well as students body in making appropriate  recommendations on the candidate during selection process.

“However, I wish to kindly make one recommendation as it has strong bearing on government .And this has to do with recruitment of Vice Chancellors in all Nigerian Universities.”

“I wish to canvas for full involvement of relevant stakeholders namely, The Joint Council and Senate Selection Committee .Parents/sponsors of students  Alumni and Students ,Of the four only the selection committee should scorecard.The other three are to interact and make appropriate recommendations on the candidate”, he said.

Adding “at the end of the day, factoring the knowledge of the university ‘s vision ,mission and core values  the relevant stakeholders are sure to arrive at a decision in the best interest of the university as against the mere  choice of the Joint Council and Senate Selection Committee.”

Professor Ogunwole who commended government for establishing more universities and licensing privately owned, however said the challenges are still enormous.

“On the surface mit appears that Nigeria is experiencing a paradigm shift in the university education. This is evident in the number of licensed  universities in Nigeria riding to 170 (Federal 43  State 48 and Private 79).This is a significant departure from the past  when we could  count the number of tertiary institutions in the country on our fingers. 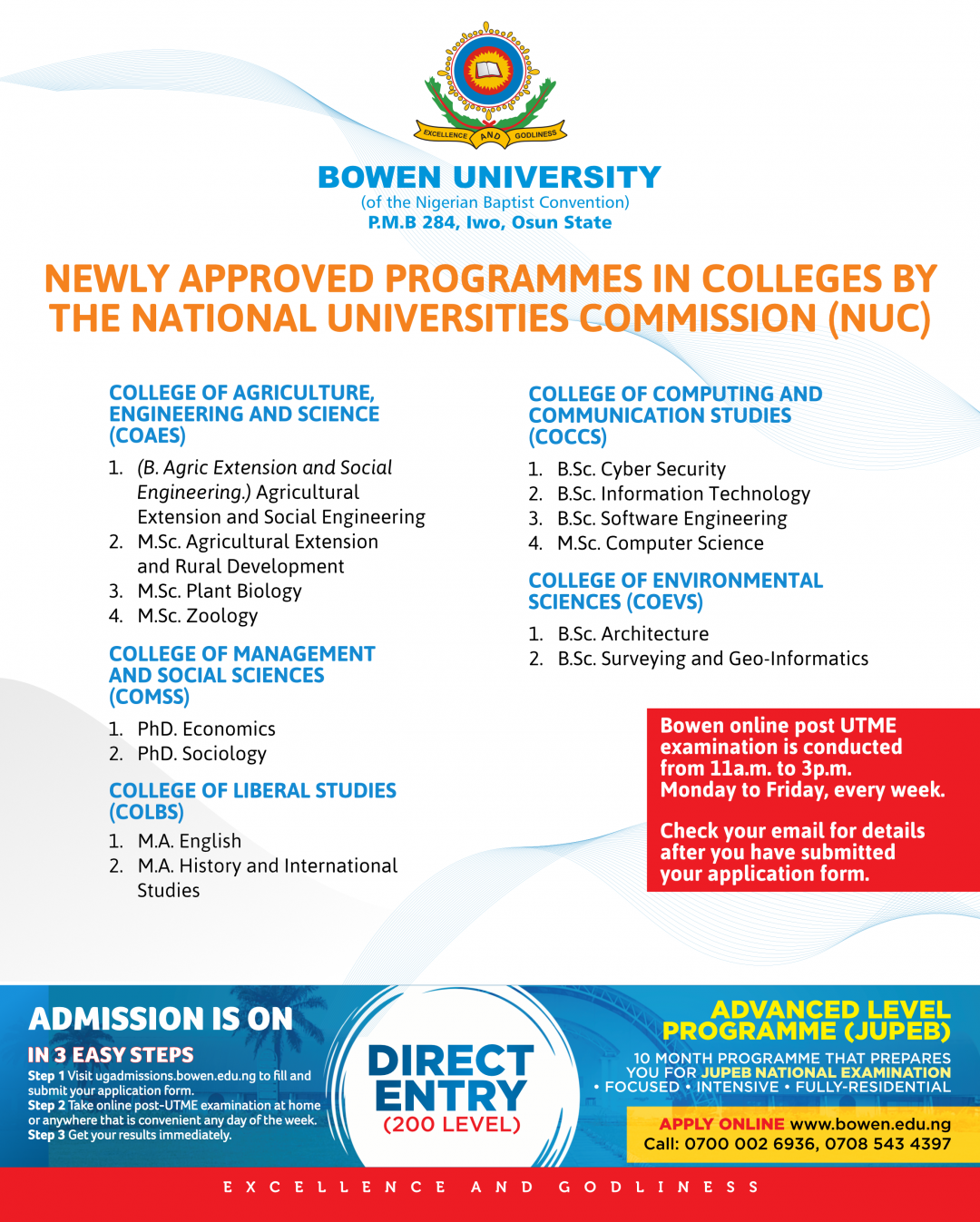