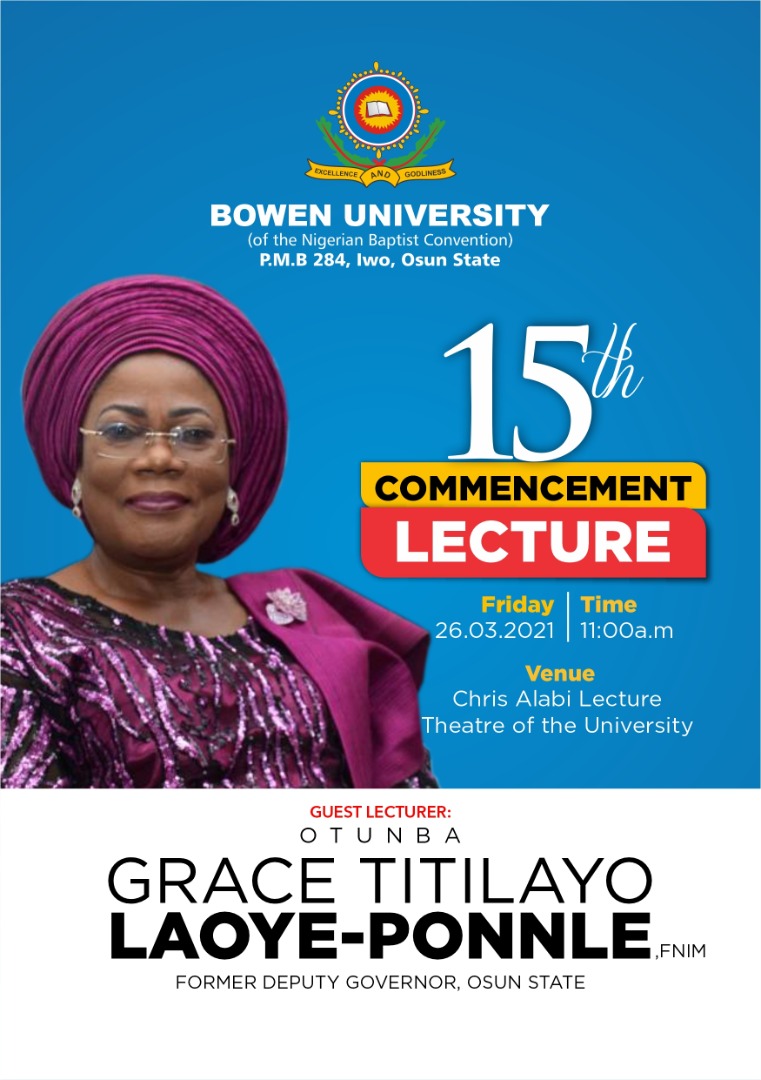 A former Deputy Governor of Osun State, Otunba Grace Titi Laoye-Ponle, has decried low funding of research and innovation in both private and public universities.

Laoye-Ponle, who stated this at the 15th Commencement lecture of Bowen University, Iwo, Osun State, lamented that universities in the country are like glorified secondary schools due to absence of research funding.

The former deputy governor said: “We should not just feel that private universities should be funded by founders. We should bear in mind that our children and the future of this nation are being developed in these various universities. We need to spend more money on research and innovation.”

These are the critical implements and tools that can bail this nation out of these present problems. If we sit back and expect the universities to fund themselves, we are wasting the lives of our children. There must be a special project by the Federal Government dedicated to funding university education, especially for research.

“They need to invest in research and innovation. We have young inventors we should encourage them. Singapore started small, it is now a great nation. We can’t sit back and be churning out university in every corner of Nigeria without funding them. Universities are not secondary schools. They are centres of excellence, intellectual developments and this is why the Federal Government should focus on special funds developmental projects for all Nigerian universities.

“Now we have over 190 universities. It is scandalous. Some of them are glorified secondary schools. Because they don’t have what it takes to be called universities. We call them universities by intellectual capacity and capabilities of the lecturers and the students they produce. How would they develop their intellect? How do you invent things if they are not funded. Nigerian universities, private and public, need to be funded by the Federal Government.”

Earlier, the Vice-Chancellor of the university, Prof. Joshua Ogunwole, urged the students to see women such as Okonjo-Iweala and others as models.

While saying women could accomplish whatever men have achieved, the VC pointed out that accomplishment is not by gender.